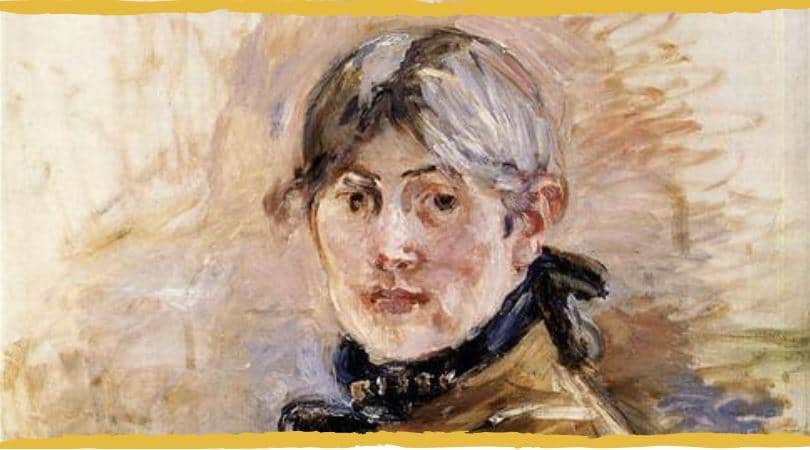 Berthe Morisot was one of the great figures of Impressionism. Along with Claude Monet, Paul Cézanne, Camille Pissarro, Pierre-Auguste Renoir, Alfred Sisley, Edgar Degas, among others was part of the group of artists who held the first impressionist exhibition in 1874 in the studio of the photographer Nadar.

The artist Berthe Morisot marked one of the great artistic turns of the sec. XIX. 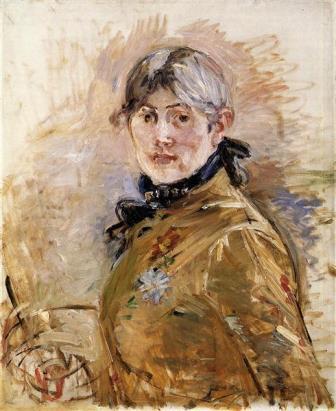 Berthe first exhibited his work – two landscapes – at the Paris Salon in 1864, sponsored by the Académie des beaux-

arts de Paris. She was only 23 years old.

The Exhibition of the Impressionists of 1874 definitely marked the break with the academic canons.

This exhibition took place in 1874, at the atelier of the photographer Nadar. Among the 29 participants, we can refer Claude Monet, Paul Cézanne, August Renoir, Alfred Sisley, Camille Pissarro, Berthe Morisot and Edgar Degas.

It was during this exhibition that the term “Impressionism” was born. The art critic Louis Leroy, intending to undermine this new kind of art that so distanced itself from the academic canons, used this designation referring to the work of Claude Monet, Impression, Sunrise.

See some of the works of art from the 1874 Exhibit

Berthe Morisot and the Impressionism

The works of Berthe Morisot fit the broad lines and principles of the Impressionist movement.

The painting should be able to capture the moment, the instant modelled by light and movement.

Figures change depending on the time of day and the incidence of light.

The artists favoured painting outdoors, which allowed the capture of the colour variations in Nature.

The favoured themes were those around Nature itself, especially landscapes.

These should be bright and colourful, mimicking the visual impression that they cause on us; and not be represented as dark or black. The absence of black is another of the characteristics identified with the Impressionist painting.

Thus, the contrasts of light and shade must be obtained using complementary colours and not the light/dark “game”.

Colours and tones should not be obtained by mixing paint on the palette. They must be pure and dissociated on the canvases with loose strokes. The construction of the tones and colours becomes fundamentally a game of optics.

Figures should not have clear edges, because the line is an abstraction of the human being used to represent images.

Berthe Morisot, “The daughter of the artist and her nanny”.

Details of the contours of the figures without drawing

More about the artist

Get to know the impressionist movement in the FREE online course Edgar Degas. And the Impressionism…