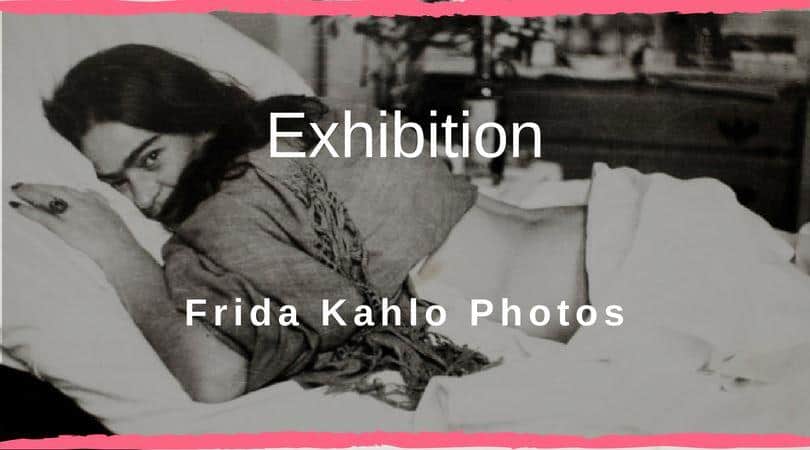 In the exhibition “Frida Kahlo. Her Photos”, currently in Centro Português de Fotografia, Porto, until november 4, 2018 we can understand a little better who is Frida Kahlo .

Frida gave particular importance to photography. However her photographs were locked away in a room of the Blue House along with many of Frida’s belongings after her death in 1954.
This remarkable collection was revealed to the public in 2007.  The archive was opened in 2003, under the supervision of Hilda Trujillo Soto, director of Museu Frida Kahlo. This exhibition presents a selection of more than 240 images from a collection of 6,500 photographs from the archives of Casa Azul (the Blue House) – the residence where Frida Kahlo spent most of her life. Curated by Pablo Ortiz Monasterio. 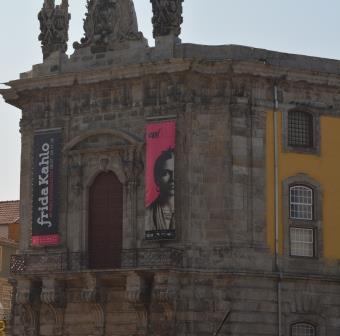 “They thought I was a Surrealist, but I wasn’t. I never painted dreams. I painted my own reality.”

The artist’s life was dramatic and controversial. Magdalena Carmen Frida Kahlo y Calderón was born on July 6, 1907 in Coyoacán, Mexico.

When she was six years old she contracted polio, which made her right leg shorter and thinner than the left.

At the age of 18 he suffered an bus acciden. The accident killed several people and fractured Kahlo’s ribs, both her legs, and her collarbone. The injuries suffered in the vertebral column marked her life and defined her artistic work. In the long periods of convalescence she began to paint.

In 1928 she joined the Mexican Communist Party (PCM) and was introduced to a circle of political activists and artists, including the painter Diego Rivera. She married twice, with him.  They had a troubled and aggressive relationship and separated several times.

Frida was found dead at home on July 13.  Although the cause of the death was pneumonia, the amount of medicine she took and her previous suicide attempts leave until now some doubts about her death.

The Exhibition “Frida Kahlo – Her Photos”

“Visitors will be able to see a treasure of images previously locked away in the Kahlo estate archives for more than 50 years.

Frida Kahlo’s distinctive, colourful self-portraits and extraordinary life have made her one of the most recognized artists of the twentieth century.

Less well known is her special relationship with photography.

Throughout her life, Kahlo meticulously collected photographs of herself and her loved ones as well as scenes of Mexican culture, politics, art, history and nature. The exhibition Frida Kahlo: Her Photos gives us the opportunity to better understand the woman behind the artist: her origins, her roots, her friendships and romantic relationships, her constant fight with her fragile health, her political tendencies, and the strong role that photography played in her life and work.”

“Frida Kahlo, Her Photos”, more than revealing the depth and intimacy of the artist, renews our gaze on one of the most important and enigmatic artists in Latin America. “

The exhibition that has travelled to 12 cities in 7 countries, and has received more than half a million visitors.

Egypt Pyramids | The architecture of the Pharaohs