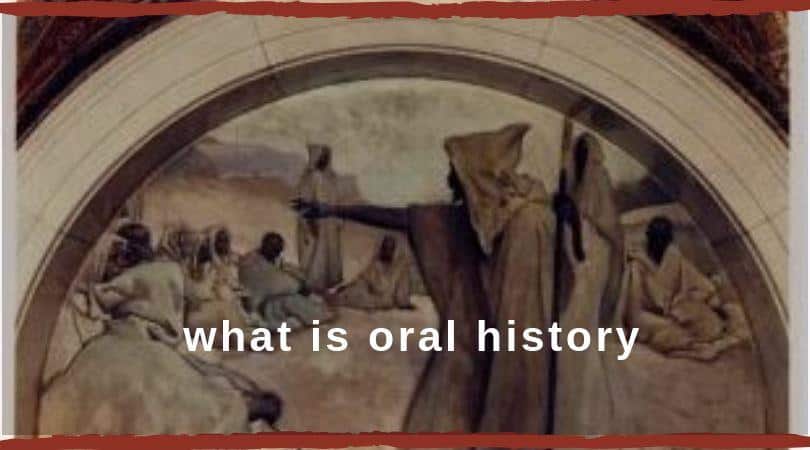 What is oral history ?

The first kind of History

For centuries oral sources were used as the only way to convey the history of the ancestors. In the 5th century BC, the Greek historian Thucydides transposed to the written word the Peloponnesian War reports, representing one of the first and most notable

examples of the importance of recording the traditions and stories passed on from generation to generation.

However, the dissemination of the printed word will soon obscure the spoken word. Historiographical practices reduced the importance of oral sources, which also resulted in reducing the significance of oral testimonies. Some authors throughout history will try to express their interest in oral tradition, studying local beliefs and customs that result in literary productions such as Robert Burns did in the 18th century: he collected a number of poems and songs thus preserving a good part of the Scottish folk.

Is everything we collect Oral History?

Oral History must be assessed according to its strengths and weaknesses.

Basically, each interview is just a picture of a particular time or event and that is being shared based on the individual memory of a person.

This person is subject to various influences which, in turn, condition his/her view of events in the account.

When we think about what is oral history let us not forget that there are no two people in the world who will remember the same episode the same way. Even people who lived a certain historical moment together will have different visions and memories, based on their personal interests, the attention with which they were to this or that detail, and other details that make up their very own personalities.

It is also up to the historian to check if he/she is giving voice to the right people for his/her project.

How to conduct an oral history interview ?

What are the elements and principles of art to consider in art analysis?