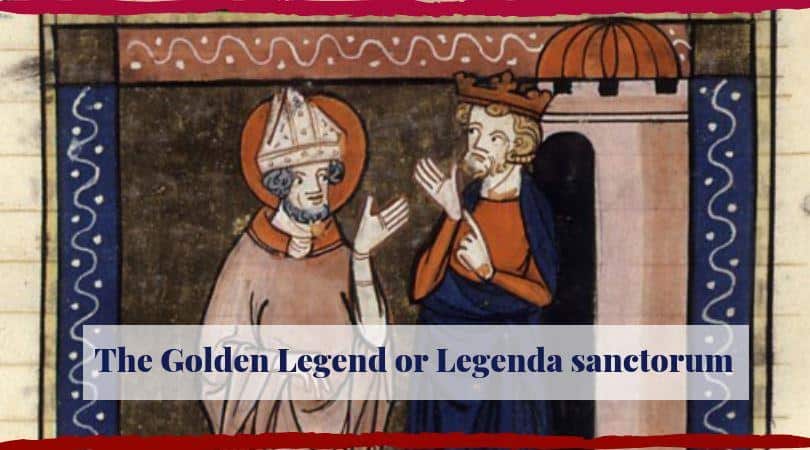 Dating back to the last third of the thirteenth century, the Golden Legend was the second work in popularity in the Middle Ages, surpassed only by the Bible.

The Golden Legend or Legenda sanctorum

Dating back to the last third of the thirteenth century, the Golden Legend was the second work in popularity in the Middle Ages, surpassed only by the Bible.

Its differential in relation to most of the works of the medieval period, which were generally intended for a public of clergymen and a small group of educated laymen, then written only in Latin, is that the Golden legend was quickly translated into common languages, not without prejudice to the text in the various translations that he underwent.

It was put into circulation in a key period of the history of writing, at which time common languages began to compete with Latin. There was a growing number of lay people to be able to read, coming to the end of reading aloud, current practice in the high Middle Ages. The reader became independent and reading became accessible to a larger audience. In this way the Golden legend has benefited from exceptional historical circumstances.

Its author Jacobus de Voragine, born in Genoa in 1228.

He entered as a novice in the Dominican convent of Genoa in 1244. He was a man of the church, above all a traveling preacher very traveled by Christian Europe and Mediterranean, believed in the word and the text as ways to salvation. He faithfully followed his religious order and its founder Domingos Gusmão.

He was appointed Archbishop of Genoa in 1292 by Pope Nicholas IV. He passed away in 1298 and reached the beatification in 1816, at the request of the Genoese, by grace of Pope PioVII.

What is the Golden legend

The Golden Legend achieved great success for more than three centuries, but from the mid-seventeenth century to the beginning of the twentieth century it virtually disappears.

In large part, this is due to the fact that this work is essentially a series of lives of saints, being classified by specialists as hagiographic literature.

The great modern specialists in the saints, the Bolandists, a Jesuit institution, who took on the task of giving the saints a scientific presentation and free from the fantasies of medieval credulity, gave an unfavorable and negative judgment to the Golden legend throwing it in almost three centuries of obscurity.

In order to measure the meaning and scope of Jacobus de Voragine’s work, it is first necessary to abandon the damaging notion that the Golden Legend is a compilation, a term that has had a pejorative connotation, something as derogatory as “plagiarism” since the eighteenth century.

This term did not carry such negative vision, quite the contrary, in the Middle Ages compilations were widely diffused and had a positive value.

A second point to be addressed is the categorization of this work as a book of legends. To classify it as such is quite

For much more than a compilation, or a book of legends, the Golden Legend has at its core the exposition of the Christian liturgy through the vision of the Dominican order.

Its originality comes from thinking time, this great question of all civilizations and religions.

The time of the liturgy that repeats itself cyclically.

The time marked by the life of the saints, which is a short and linear time, the journey of an admirable life that reaches enlightenment.

And the greater time, walked by humanity to the Last Judgment.

Finally, we understand that the goal goes beyond the simple hagiographic compilation, to sacralize the time of human life, to bring humanity to salvation.

On the basis of this, Jacobus de Voragine makes his manuscript an ode to the sacred and to humanity.

Why take an online iconography course ? 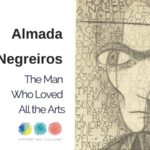