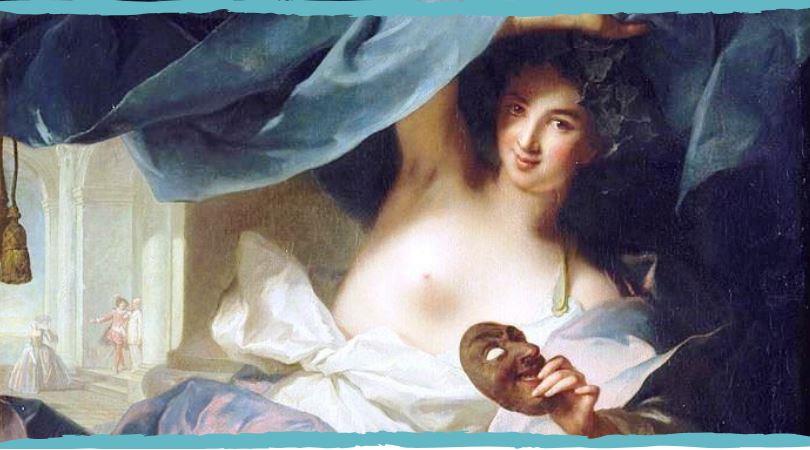 Thalia is the greek muse of comedy. 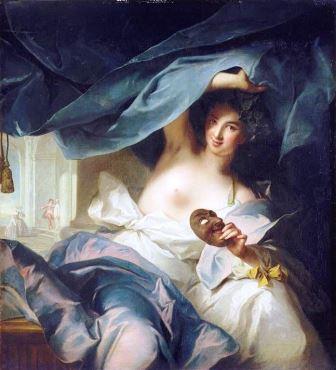 She was the Festive

Represented with a comic mask, and may still use a crown of ivy 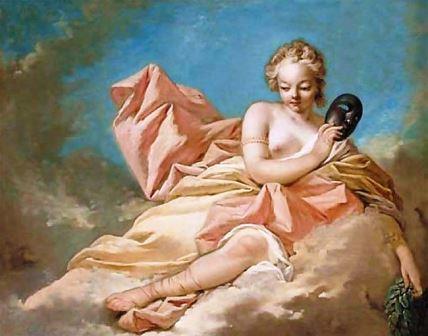 Terpsichore | the one who delights in dance