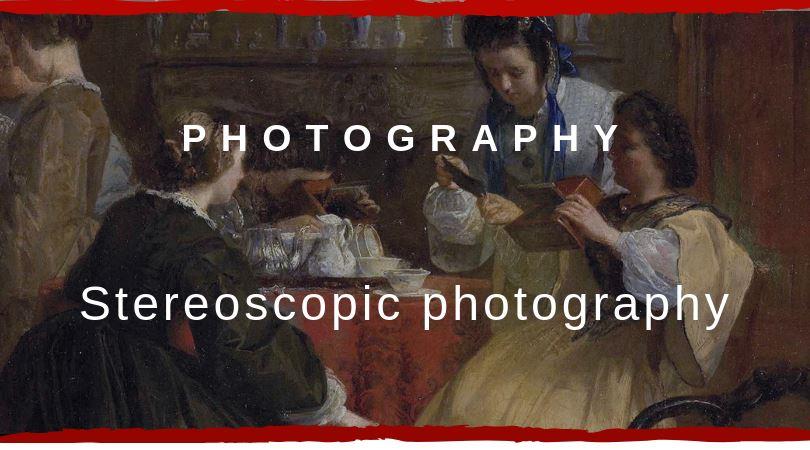 What is the stereoscopic photography?

Get to know what is the stereoscopic photography . A popular way of spending a family evening in the 19th century.

We captured the moment, ready to send or share on social networks.

And the photos we have in boxes, envelopes and albums? Memories, stories and art …

Today we will go back  a little more in time, until the sec. 19th century and the beginning of the photographic processes.

When we think of photography today, we value the image, the message …

But in the early days of photography, the process itself, the “magic” of the new techniques, was the most important.

We are at the end of 19th century. The technical inventions succeed each other, the slogan is Progress.

Since the first photograph by Joseph Niépce in 1827, technical photography processes have evolved rapidly. The different and increasingly developed techniques of capturing reality were in themselves ways of entertainment and social gathering.

A double lens was added to the camera, which would produce two very similar images.

Get to know the stereoscopic photography in the following video: