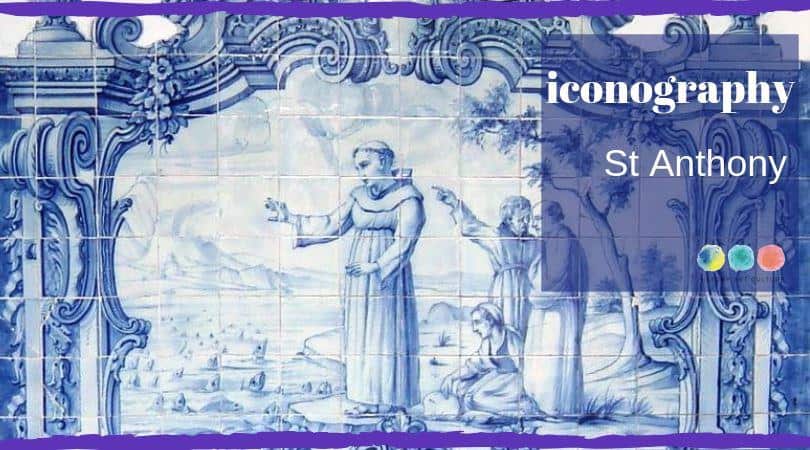 Get to know who was St Anthony and how to identify him.

In this post learn how to identify the representations of St Anthony by his attributes.

Who was St Anthony 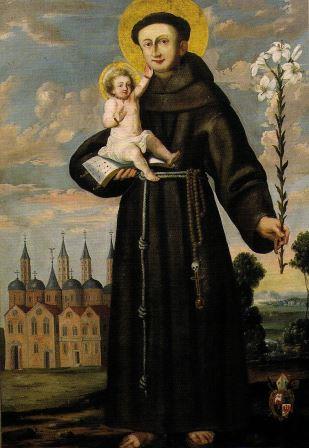 St Anthony of Lisbon (or Padua) was a doctor of the church who lived at the turn of sec. XII for sec. XIII.

Having belonged initially to the order of Santa Cruz, he embraced the franciscan rule in 1220.

He traveled through France and Italy and was an important theologian, orator, and thaumaturge.

He left writings attesting to his great culture and was a noted preacher.

Identification of characters and episodes in works of art

In the context of Art History , the careful description and interpretation of artistic objects allows us to see something more than what is immediately presented.

The use of attributes (associated objects or symbols) came alongside a need to identify the religious characters before a mostly illiterate audience.

Representations and attributes of St Anthony

He is the patron saint of popular festivals in various parts of the world and particularly in Lisbon.

He is considered as "matchmaker". There is a special feast at the Church of his name in Lisbon. The "Weddings of St. Anthony", sponsored by the City Hall.

While praying one day, he approached the altar of the Virgin Mary and asked her if he could hug the Child. The Virgin appeared to him, putting Jesus in his arms.

Bears Franciscan habit and receives the figure of Jesus from the arms of the Virgin;

Embracing the Child, who rests on a book.

Jesus as a Child/Baby

References and other meanings

There is a version of the story of this Saint that says the vision occurred while reading, having the Child risen from out of the book.

Let's save our intangible cultural heritage

What you'll find in an history of architecture course