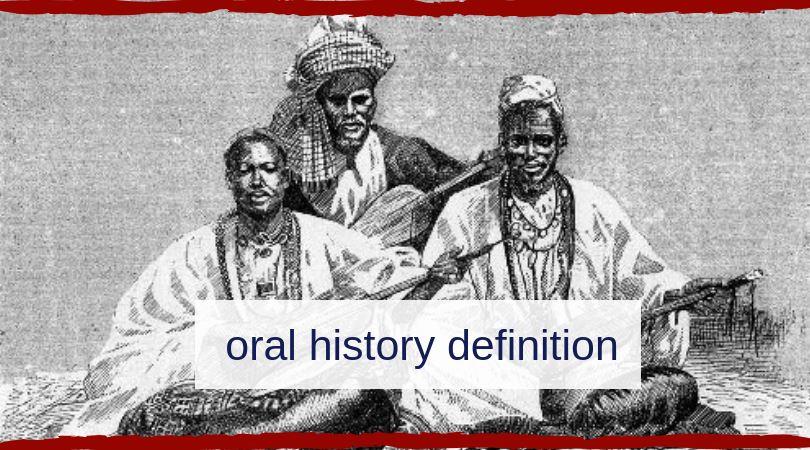 In this post we will present an oral history definition and answer the question what is oral history.

By Yolanda Silva, author of the online course Oral History.

Griots and Griottes (keepers of oral tradition in Western Africa).

For centuries oral sources were used as the only way to convey the history of the ancestors. In the 5th century BC, the Greek historian Thucydides transposed to the written word the Peloponnesian War reports, representing one of the first and most notable examples of the importance of recording the traditions and stories passed on from generation to generation.

However, the dissemination of the printed word will soon obscure the spoken word.

Historiographical practices reduced the importance of oral sources, which also resulted in reducing the significance of oral testimonies. Some authors throughout history will try to express their interest in oral tradition, studying local beliefs and customs that result in literary productions such as Robert Burns did in the 18th century: he collected a number of poems and songs thus preserving a good part of the Scottish folk.

The first oral history definition is a discipline within history.

There are many definitions for Oral History, just as there are many angles that define Heritage and Cultural Heritage.

Oral history relates to the stories and personal memories told by certain individuals about their past and the formal process of collecting and analysing this information by historians.

In order to get a more concrete and comprehensive picture of the Past, Oral History uses a process of registration and preservation of information from a primary source, making it available to the public.

The methodology of Oral History is based primarily on the interview, a thought-out and structured process, which aims to fill certain gaps that records and 'official' documents do not.

We speak of the memory of an anonymous subject, as well as that of a community.

Oral History seeks to obtain the stories of all, the oral testimonies of those who actually lived History.