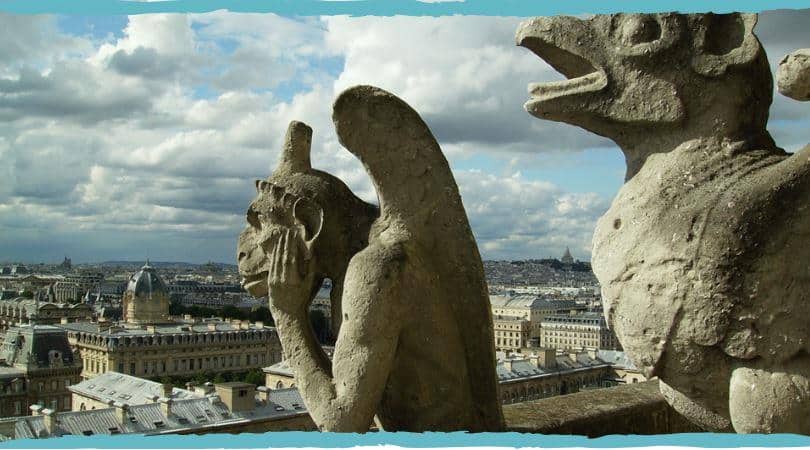 Paris is by far one of the most famous cities in the world, and, of its vast heritage, we highlight the religious and panoramic itinerary of the Notre Dame Cathedral .

It is one of around two hundred sacred buildings in the city and the most visited monument, with 16 million annual visits, of the approximately 27 million tourists that the city receives annually.

The Notre Dame Cathedral , with a length of 128 meters by 40 meters wide and 35 meters high, appears as an imposing image in the City of Lights.

On an island in the Seine - the Île de la Cité - and dedicated to Our Lady, it is a building exalted by its stained glass windows, flying buttresses and sculptures that decorate the facades of the largest religious building in western Europe until the middle of the thirteenth century.

Commissioned in 1160 by the bishop of Paris Maurice de Sully, its construction began in 1163, in a clear interest of the bishop and king Louis VII in making the city in the new theological and political center of the kingdom.

The site of an old temple dedicated to Jupiter, later replaced by a basilica in honor of the Saint Etienne, was the place chosen for its construction, which would become one of the most admired sites of humanity.

For its construction it was necessary to demolish several houses, among other buildings, to obtain a sufficient land to accede to the work and to open the street.

Donations of kings, clergy and nobility, and manpower of the people were necessary until 1330, the year in which, after remodeling works, it was completed. The construction was also marked by the difficulty in transporting the materials along the river Seine and the lifting of the stones to the top of the building.

Several architects worked here, leaving the marks of their styles evidenced by the facades, however, we do not know the name of the first person in charge of the project.

We know that during the works it has undergone a decisive change in its plant and in the dimensions of the windows that have been significantly enlarged around 1220/1230, guaranteeing better illumination and adapting to the evolution of the architecture.

We also know that the transept is the work of architects Jean de Chelles and Pierre de Montreuil, where the portal dedicated to Saint Etienne, the patron saint of the Romanesque basilica, demolished due to the new cathedral, stands out on the south side.

We also know that Jean Ravy, finished the north chapels and built the flying buttresses between 1296 and 1325, probably using this system for the first time.

This beautiful cathedral of French Gothic was the victim of the greatest atrocities. His condition gave rise to a profound need for restore, alerted in the nineteenth century by Victor Hugo in one of his famous novels.

It was only in 1845 that the cathedral was restored and saved by the architects Viollet-le-Duc (1814-1879) and Lassus, who made changes to the sculptures, adding chimeras and replacing those destroyed during the French Revolution.

This intervention gave rise to great controversy and disapproval. However chimeras are now part of the building's history.

online certificate courses | what are they?