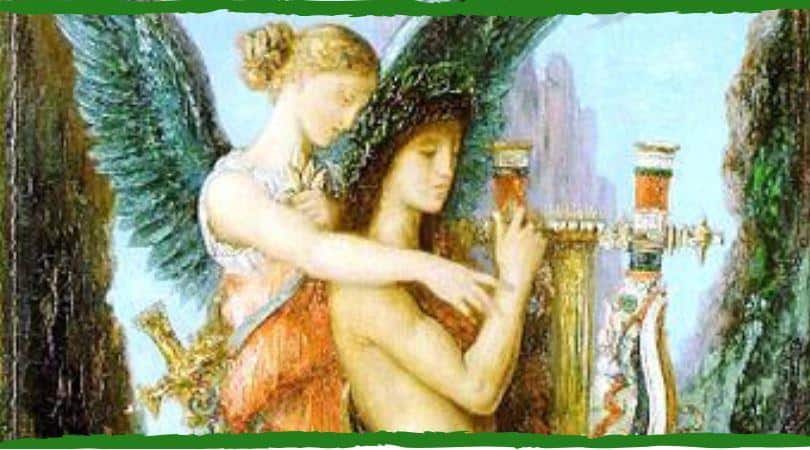 Melpomene is the greek muse of tragedy. 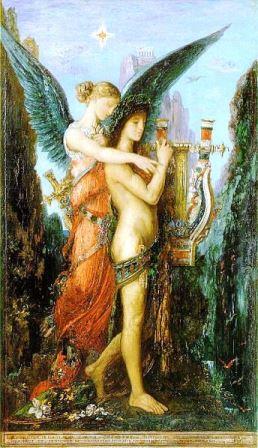 The one that is melodious

Despite her cheerful singing, she sings tragedy

Represented with a tragic mask, leather boots and knife or stick in hand

With a cypress crown

Roman statue of Melpomene, 2nd century AD. The muse is shown in a long-sleeved garment with a high belt, clothing that was associated with tragic actors. 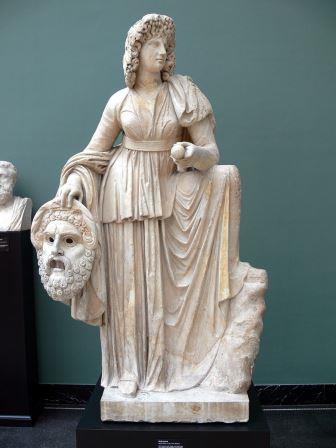