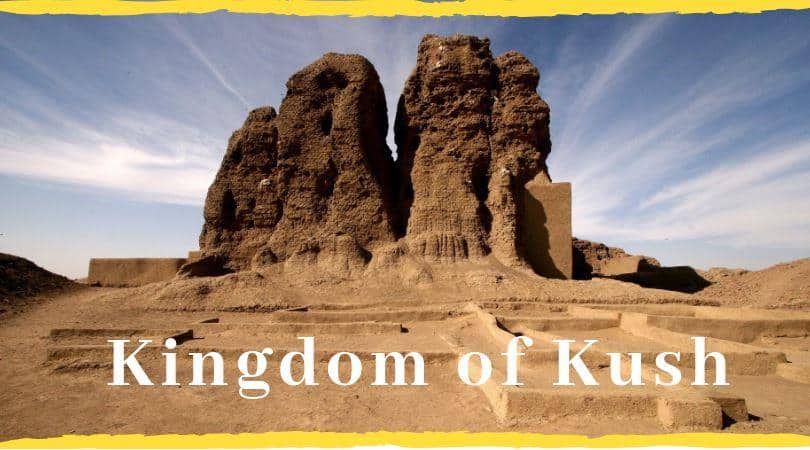 In this post know the Kingdom Kush . In the Nubian region - in modern day Republic of Sudan - The Kingdom of Kush was home to three of the greatest cities in African antiquity: Kerma, Napata and Meroe

The Kingdom of Kush

Up the Nile, heading south past the third waterfall, we reach the Nubian Desert in modern day Republic of Sudan. In this region, ancient villages date from 6000 years with signs of agricultural activities, mining and ironwork. As shown by the enormous grinding stones digged in precious metals’ processing fields and dated from the second millennium BCE, the Kingdom of Kush there situated was Egypt’s main gold supplier. Its strategic position in the Nile gave it access to Sub-Saharan and Eastern Africa and granted it the role of trade mediator between southern Africa and Egypt to the north; a role the latter begrudged. The Kingdom of Kush was home to three of the greatest cities in African antiquity: Kerma, Napata and Meroe.

The city of Kerma

Kerma’s architecture shows a fortified town, socially stratified and of great dimensions–with about 10,000 inhabitants, around 2500 BCE. A 10 metre high imposing wall surrounds the city, encircling adobe constructions of round and rectangular houses with yards and gardens varying in size according to the social position of their owners. Another indicator of status was their distance from the town center where the main monuments and graveyards were located. The most important building was the Deffufa, a circular construction with a conical ceiling of unknown function, although probably of political or religious importance. The richness of Kerma and its strategic location led to war with Egypt. A war from which Egypt came out victorious around 1500 BCE. However, farther south, Kush culture survived and continued to resist from Napata and Meroe.

One of humanity’s first ‘holy wars’

Gradually, Egyptians took their culture and their gods to Kerma, and in a few centuries the assimilated population had incorporated and accepted Egyptian spirituality, centering religious life around pilgrimages to the Temple of Amu in the Jebel Barkal mountain, the Egyptian southern border. Nubians even came to believe they were better faithful than the Egyptians themselves. To the point when Nubian king Piye invaded Egypt to the north, taking power in 750 BCE in what we can consider one of humanity’s first ‘holy wars’.

The 25th dynasty had started, or as some historians call it, the era of black Pharaohs.