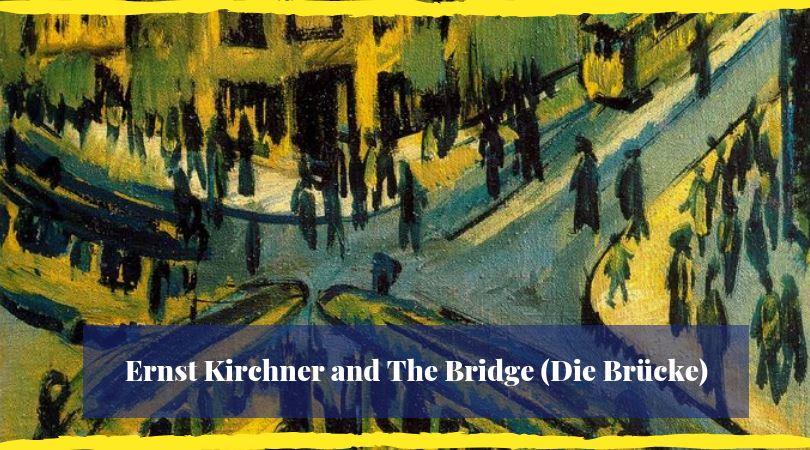 The group Die Brücke was founded by Ernst Kirchner, Erich Heckel, Otto Müller, Max Pechstein and Karl Schmidt-Rottluff. Over time, other artists have joined the group.

Expressionism refers to a set of artistic tendencies that took on different names and that lasted until after World War II. However, the ‘first’ Expressionism dates from about 1905 to 1914.

Expressionism as an artistic movement is born in Germany (territory at the time belonging to the Prussian Empire), fruit of the need to externalize the impact of the modern life of the time and the growing crisis of values. This crisis was based on several factors resulting from the development of urban life:

Expressionism was divided into two groups:

Die Brücke (The Bridge), born in Dresden and with an estimated period of activity between 1905 and 1913.

Der Blaue Reiter (The Blue Rider), based in Munich and whose production developed approximately between 1910 and 1914.

Die Brücke  was a movement in which the personage emphasized in relation to the scene, hence the theme revolved around the social life (mainly incident in the bourgeois life), abundant portraits and auto-portraits.

The intention of the artists of Die Brucke was to reveal the inner truth: to completely strip the human soul, even if it were shocking, uncomfortable or an affront.

The artistic tendencies of Expressionism were continuous and were relatively transversal to other vanguardist movements, also expanding into new territories and taking different names (such as Lyrical Abstractionism, Abstract Expressionism, Neo-Expressionism).

b)      Writing about Art: concepts of visual rhetoric and visual literacy

b)      Contents: iconography and symbolism

conservation photography | how to do?