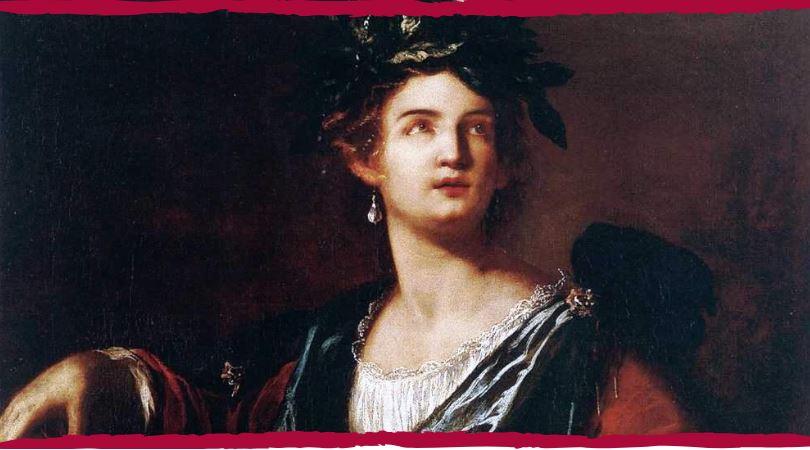 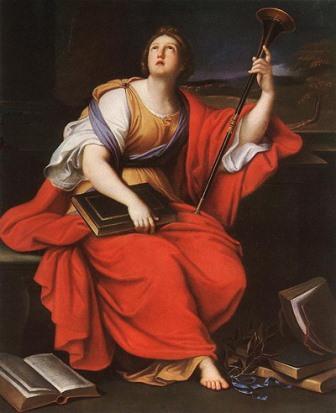 Clio |Goddess of Memory, Muse of History and Creativity

Represented crowned with laurels, with a trumpet in her left hand and on the right the book Thucydide

She can have only the parchment and the pen 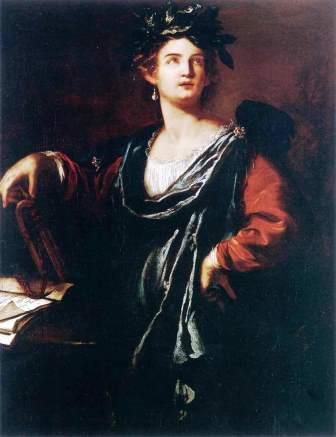