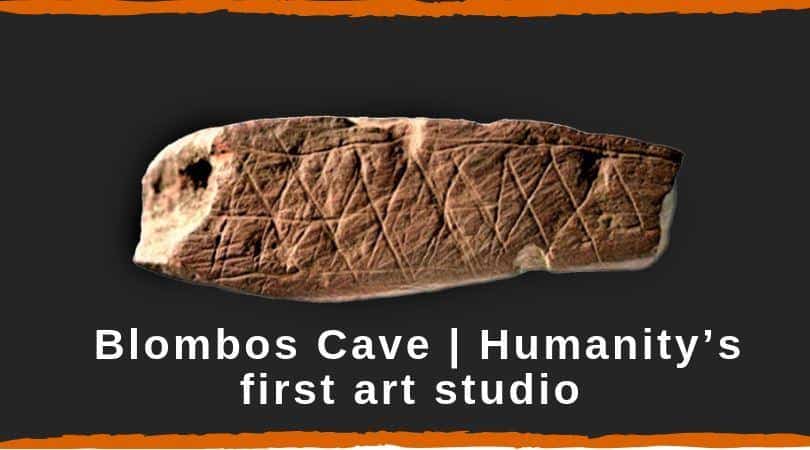 In the Blombos Cave was found  the oldest artistic work ever found, with 75,000 years of age.

Located in the Heidelberg Natural Reserve, 300 km west of Cape Town in South Africa, Blombos Cave was found in 1991 by Christopher Henshilwood, Professor of African Pre-history at the University of Witwatersrand in Johannesburg and at the University of Bergen in Norway. Blombos became an important archaeological site where excavations continue today and where during the last three decades scientists found the oldest signs of human expression in the world.

Its archaeological stratigraphy goes back 100,000 years, revealing the secrets of our most remote ancestors’ way of life.

For example, we always enjoyed adorning ourselves. Among the countless objects found were several perforated shell beads used has pendants to adorn the body, recovered from a stratum dated from around 80,000 years ago.

The oldest artistic work ever found 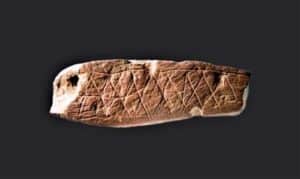 One of the big stars of Blombos Cave is the oldest artistic work ever found, with 75,000 years of age. A small ochre block incised with geometric patterns that indicate a symbolic meaning, perhaps used as a sort of stamp with pigment filled-in incisions.

It makes sense to consider the use of pigments since the most recent findings at Blombos uncovered what we may call humanity’s first art studio.

At 100,000-year-old strata, scientists found the residues of ochre natural pigments (a mix of iron oxide, clay and sand) stored in shells. Also part of this art kit, sculpted bones and grinding stones. Theories regarding the use of pigments include different functions: as a social expression, decorating their surroundings like we see with rock painting, and as an individual expression, adorning and painting the body as it is still customary today among various nomadic and semi-nomadic peoples in South Africa.

Suggestion: Learn more about the history of South Africa here

conservation photography | how to do?

what is iconoclasm and its consequences in art