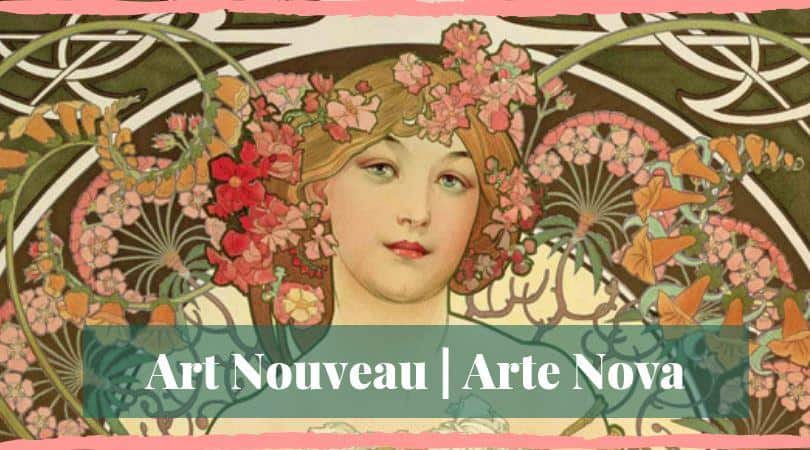 Get to know the historical context of the art nouveau and its main artists. Find out more about urban life and industrial production at the beginning of 19th century and its relations with this artistic movement.

The transition from the nineteenth to the twentieth century, was apparently a particularly happy moment in history - the "belle époque" - where peace and apparent political stability reigned in a climate of optimism.

But it was a time when most people worked in factories and lived in large cities in overcrowded, poorly maintained buildings with miserable conditions of privacy 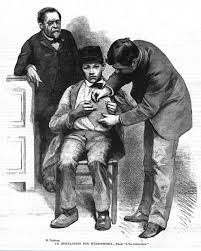 and hygiene. These circumstances led to diseases such as rickets and tuberculosis. In view of this inhumane situation, there was a return to nature recognizing its importance.

Since the mid-nineteenth century painters in France had abandoned closed work in their ateliers and mounted their easels in the open air, leading the painting to themes related to nature, also transposed to architecture. Thus, the themes were allied to the figure of man, fauna and flora, creating a new aesthetic. The art nouveau .

Get to know more about art history

This new style, originated in England, approximately in 1890, was implemented in Europe, mainly in Brussels and Paris until 1914, ending with the beginning of the First World War.

It presented regional and national differences in its aesthetics and the term used to designate it, depending on the forms developed.

In England it was called Modern Style, in Italy Stile Liberty, in Austria Sezessionsstil ("secession style"), in Germany Jugendstil ("young style") and finally in Spain by Modernism. France and Belgium named it Art Nouveau ("new art"), the name of a store in Paris, opened in 1895, specialized in the sale of objects with innovative design.

Allied to each location was an artist emblematic of its forms: in Brussels, Victor Horta (1861-1947) with his whip lines and Henry van de Velde (1863-1957), in France the decorator architect Hector Guimard (1867-1942) , in Barcelona with Antoni Gaudí, in Vienna with Josef Hoffmann, in Turin and Constantinople with Raimondo D'Aronco and in Glasgow with Rennie Mackintosh.

Although architecture is the greatest art here, the decorative arts were very important, marking an aesthetic favored by functional and beautiful pieces and a synthesis of all the arts with their integration into everyday life. The decorating architects of the projects argued that no object was too banal and deserved to have a detailed creation, whether it be a lamp, a piece of furniture, a stained glass window, a handle, a handrail, a wallpaper or a jug. Everything contributed to a total art, demonstrating an excessive concern for the minimum detail of the ornament, taking care of the interiors with the same rigor given to the edification.

This concept can be considered an influence caused by William Morris (1834-1896), the founder of "Arts and Crafts" in the nineteenth century in England, in which his architects and designers were in favor of handicrafts and nature lovers.

The art nouveau artists soon realized that the machines could not be defeated because of their advantages and allied to them, creating pieces suitable for industrial production, reducing prices.

They rejected academicism and tried to create a completely new art, freeing artists from eclecticism and from any stylistic reference to the past. Examples include works such as Casa Batllò and Casa Milà, both on Passeig de Gràcia in Barcelona, the work of the most eccentric architect of this style: Antoni Gaudí.

the facades and the materials in art nouveau

Along with the importance of the decorative arts, they also created sculptural facades, with sinuous and irregular surfaces, textured and colored with free plants, that opposed the previous geometric style. They used materials such as glass, concrete, and iron, which had long been used but hidden, and which now delineated interior spaces, and were allied with other ceramic materials, with different textures such as baked tile and tile.

The iron was applied by the Frenchman Hector Guimard in his famous entrances of the metropolitan of Paris, where he was able to take very good advantage of the material in its undulating, floral and seductive lines, using an innovative. It was based on principles of logic, harmony and feeling, in floral decorations, where he banished the leaf and the flower and became interested only in the stem.

It was an art characterized by originality, eccentricity and a new decorative and sinuous, interior and exterior grammar inspired by nature, in which they combined traditional and new materials into a graceful and innovative result.

how to analyze a painting | see a practical example