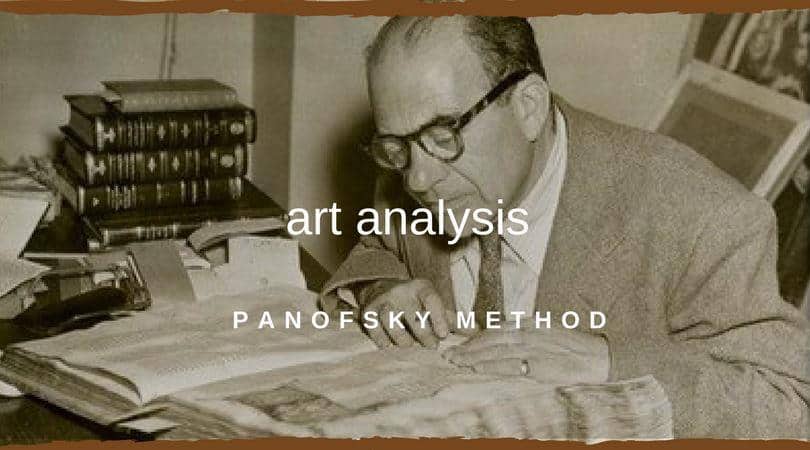 In 1939, Panofsky presents his iconological method of analysis of art. For him, the analysis could not merely depend upon literary sources, which after all, are not always available. He goes on to investigate the way in which, according to the different historical conditions to which the artist is subjected, themes, subjects or facts are chosen to be represented. I.e., he defends the study of meanings. 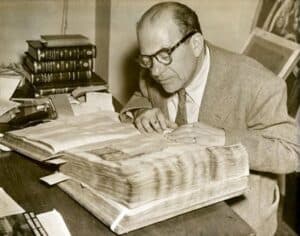 A man raises his hat. In iconographic terms, we basically see is the action in which a man takes his hat off his head. However, analysing it under an iconological point of view, there is a meaning to the gesture. If we assume that we have two people involved (the one who sees the action and the one who acts it) who are familiar to the western culture, they will know that it is a gesture of friendliness and respect. However, reaching this level of understanding depends on a prior knowledge of the social values that involve this same gesture.

And so Panofsky identifies the three levels of understanding that we have already seen:

Using as an example Da Vinci’s «Last Supper», let’s look again at each one of these stages. 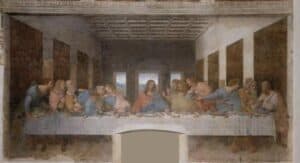 The last supper-Leonardo da Vinci, from the refectory of the convent of Santa Maria delle Grazie, in Milan. http://en.wikipedia.org/wiki/Last_Supper#mediaviewer/File:%C3%9Altima_Cena_-_Da_Vinci_5.jpg

The primary level should correspond to the most basic level of understanding, i.e. the natural perception of the work. So, in this painting, what we identify are 13 men at the table during supper time. In this first level, we don’t use knowledge or in-depth cultural domains to understand the message.

The second level of understanding requires a certain iconographic knowledge, to the extent that this is the interpretation of the message and its meaning. Thus, any individual who has had an education of western culture and/or Christianity will be able to identify the scene as the Last Supper that Jesus had with his Apostles.

The third and final level

For the third and final level of interpretation, the observer not only receives and interprets the message contained within the representation, but also seeks to interpret it under an historical point of view, looking for social and cultural interrelations that might broaden the meaning.

This level sees the art not only as isolated act, but as the product of historical, social and cultural conditions conducive to its creation. So, the third level of knowledge requires a deeper knowledge and understanding, at a technical, historical and cultural level, in order to answer the last question: «what does it mean?».

This post is based on a page of the online course:

Why there are no straight lines in the Parthenon?